While it’s a good way to spread more influence and visibility, clicks do not always equate to cash tips.

Music. Arts. Drama. And more. Not long ago, the art industry lived in harmony. Then everything changed when the corona virus attacked.

In a string of bad events this year, the art industry has been faced with shifts in platforms to keep up with the demands of the new normal. With most locked in quarantine, we are left with minimal sources of entertainment and channels of passion.

But that’s been the case for art in all these years. Revolutions after revolutions, new forms of art surface in every corner of the world just like how the Adaptation Theory happens. But through the Byzantine, Renaissance, colonialism and all, art always finds its way to us in whatever form to feed our desires and passions.

Just as how films have become experimental with found-footage direction and how the amalgamation of diverse mediums led us to mixed media, art proves ever-evolving. If primitive art survived to show us a glimpse of the past, then definitely we can move forward to adapt with every change in our society.

Looking into the future that’s unbound from physical restrictions, it’s only fitting to look at the internet as a unifying platform for all forms of art. The power of connectivity nowadays brings us more possibilities, bridges people even closer, and immerses us with experiences in a more personal way. It may be not as intimate as being surrounded by art in gallery spaces, a front-row seat in a theater or raving with a crowd in a concert, but it is an inevitable shift that we are called to adapt into. After all, the new normal may be temporary, but only time will tell how long it’s going to last until we coin a new art revolution.

But even while many find solace in the free passes of art visibility in the internet, monetization is still a must. At this point of the pandemic, let’s look at how some artforms have incredibly shifted to adapt to our new normal:

Some would say that music’s main platform clings into the virtual space through streaming apps; but such is not the case for all, especially for performing bands and artists. A wide array of concert lineups such as Wanderland 2020, Alanis Morisette, Green Day, Khalid, among others more, had to skip this year or postponed indefinitely due to the ongoing health crisis. While that’s such a drag, it’s not a matter of the artists’ personal safety but also of the crowd’s. With the deluge of people entering a concert, proper social distancing is at high risk and therefore the rise in online concerts.

For the international collective 88Rising, they’ve started an online concert series titled AsiaRising Forever to feature Asian acts from across the globe including our very own young talent, Inigo Pascual. Apart from performances, we get a glimpse of their lives and their stories which ultimately add up as a definitive experience of how an online concert happens.

For Marilag Records and their artists, Munimuni, Kamara, and The Ridleys, a Patreon page was utilized to launch new music and monetize via livestreams. Even for the lively Fete dela Musique, we’re geared to welcome its wide number of stages with virtual sets instead of the usual walk-around Makati-Poblacion experience.

For classical enthusiasts, the Philippine Philharmonic Orchestra started a project called Musical Instruments Appreciation Series for Children and Families to promote appreciation on different types of instruments and its practices. All these scenarios pinpoint to a wider understanding for the benefit of the doubt that music involves different sets of phases from production, touring, commercializing, and more.

The grandeur of the stage and the busy sets of film production have been put to a halt for a while. But the curtains ain’t closing yet for the art of drama and performance. To introduce theater to a wider public while earning donations for the affected artists of the lockdown, several outfits moved into streaming services like YouTube, Facebook, and iWant.

Some of the notable shows that went online include Mula Sa Buwan, Ibong Adarna, Lam-Ang, and Ang Huling El Bimbo, which has seen successl in going viral and amassing eye-opening discussions on rape culture and crime fiction.

Even the indie Philippine Theater Festival, Virgin Labfest, didn’t opt to pause. Instead, the festival introduced a whole new performance this year via Facebook Live with their take on theater at home.

Such is the case for movie production houses like TBA Studios’ series of free full streaming on YouTube with their acclaimed films such as Bliss, Smaller and Smaller Circles, Sunday Beauty Queen, and more; CinemaOne Originals with their Six Degrees of Separation, That Thing Called Tadhana, Anak ni Brocka, and more; then there’s Lockdown Cinema Club with the cause for raising money for the film industry with their wide selection of pay-per-view films including works of famed directors such as Jerrold Tarog, Quark Henares, and JP Habac.

All these invitations may be free for streaming entertainment, but it’s all for the cause of saving and reliving the industry; especially to provide financial assistance to its workers.

Comedy bars house the genre but with everyone isolated at home, the business has been hit with a major crisis. Klownz, a prominent comedy bar in Tomas Morato, had to close their doors permanently after its 18-year streak. Comedians then had to find ways to continue their craft and earn with it thus the jump in social media.

While there’s a number of standup shows on Netflix to binge like releases of Jo Koy, Kevin Hart, Ali Wong, and more, supporting local is needed to lift our very own community. Some have moved into the viral Tik Tok phenomenon with short stints fit into its 15-sec. max length and then some thrive in Facebook with the likes of existing and new comedy channels like Sutukil Sauce, Solid OK, PGAG, and The KoolPals.

Even for improv art, which also channels comedy, had to move into Facebook via Zoom performances such as with SPIT Manila’s Co-Vid series. Now, who doesn’t need a good laugh especially in this depressing viral situation?

Our main local drag scene may be limited to the number of houses in the Metro so coming into the lockdown, a different kind of show is bound to happen. While the leading drag show Rupaul’s Drag Race keeps us quenched through a succession of seasons from its main to All Stars and its franchise, Canada’s Drag Race, our local queens were pressed with the demands of closing their doors for a while. But the show never stops here.

In an effort to keep the art alive and its community, they had to result in online performances in exchange for cash tips. Through live videos on Facebook, a wider array of audiences were reached and exposed to drag performances. But FB Lives are just free-passes, keep the community beating by leaving a fair donation. Recently, in lieu of its tradition of loud, crowded Pride month celebrations, the queens of local drag haven, O Bar Philippines held a virtual show that called for online cash tips to augment what was lost due to quarantine measures. 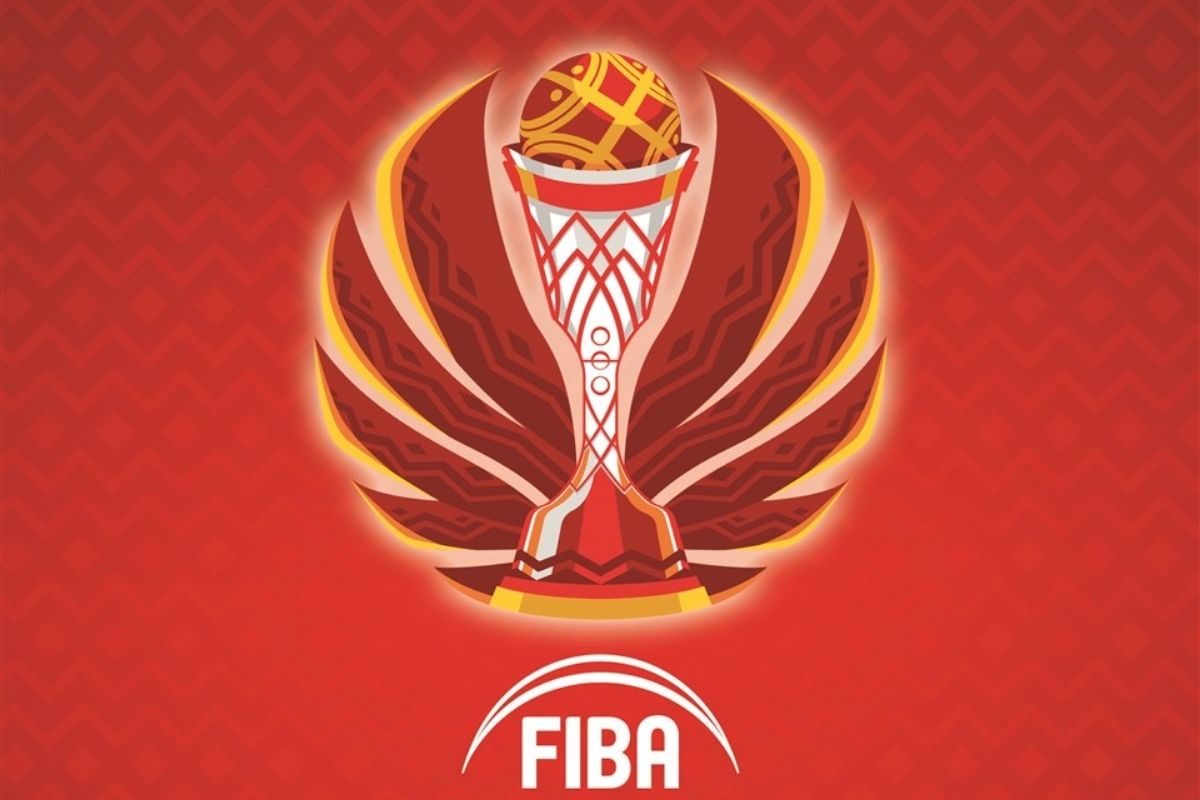 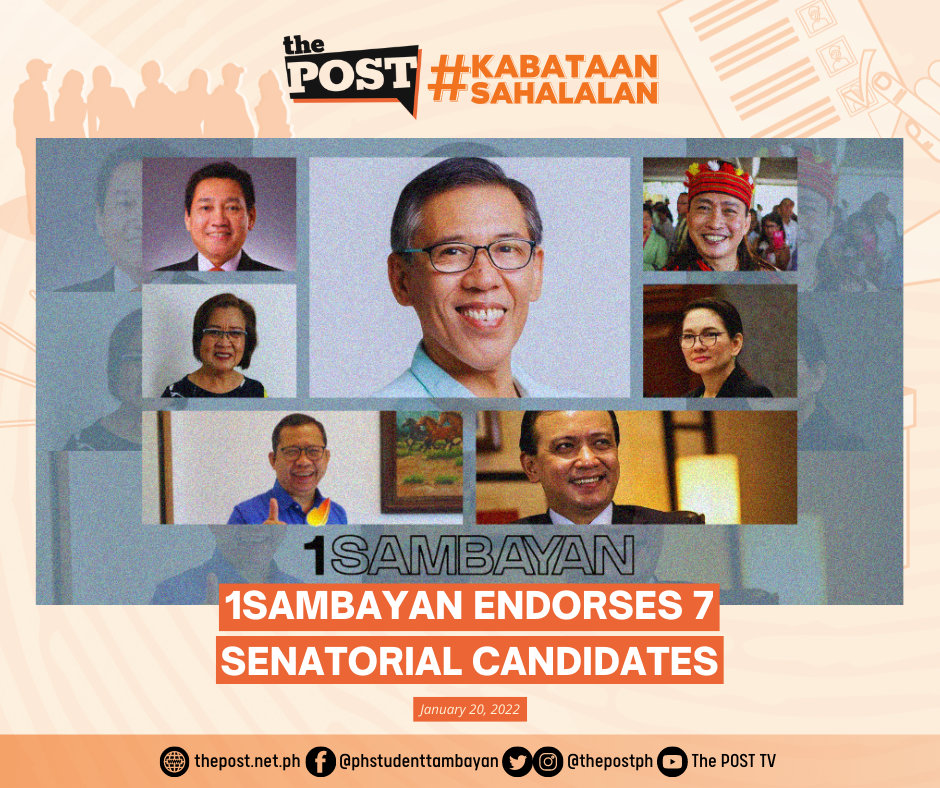 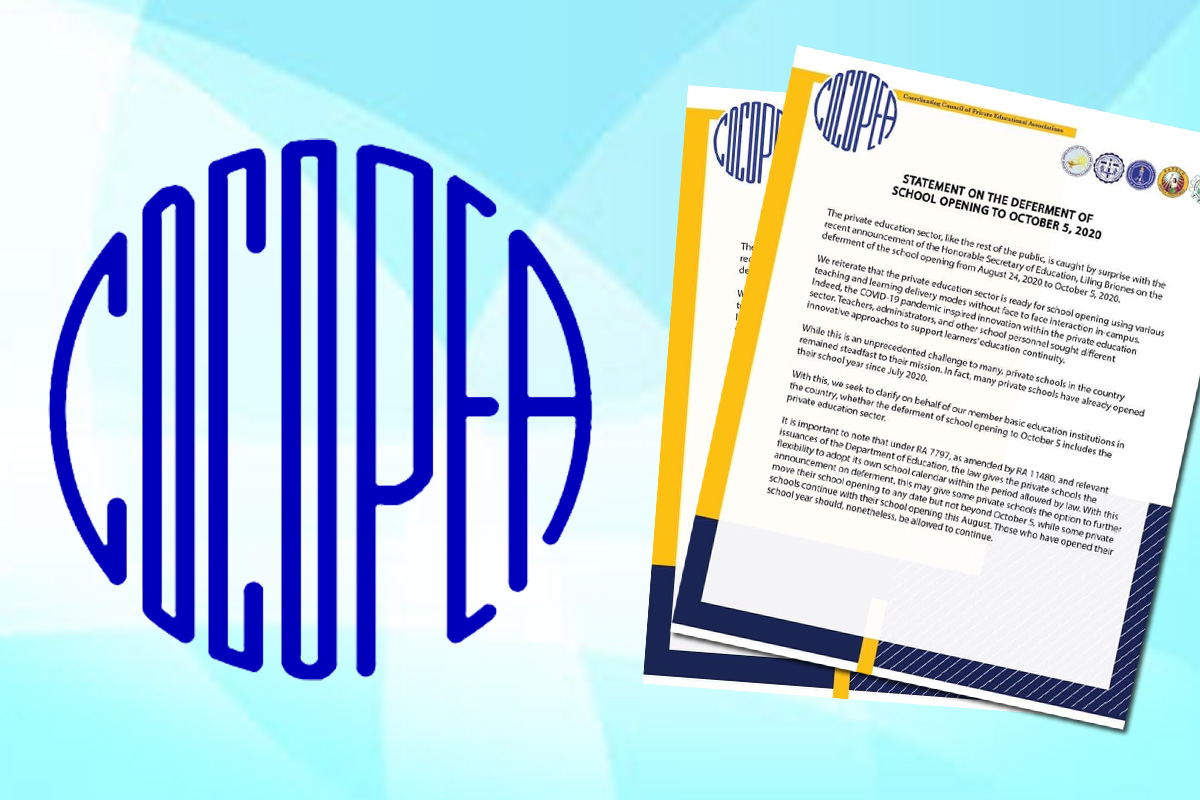 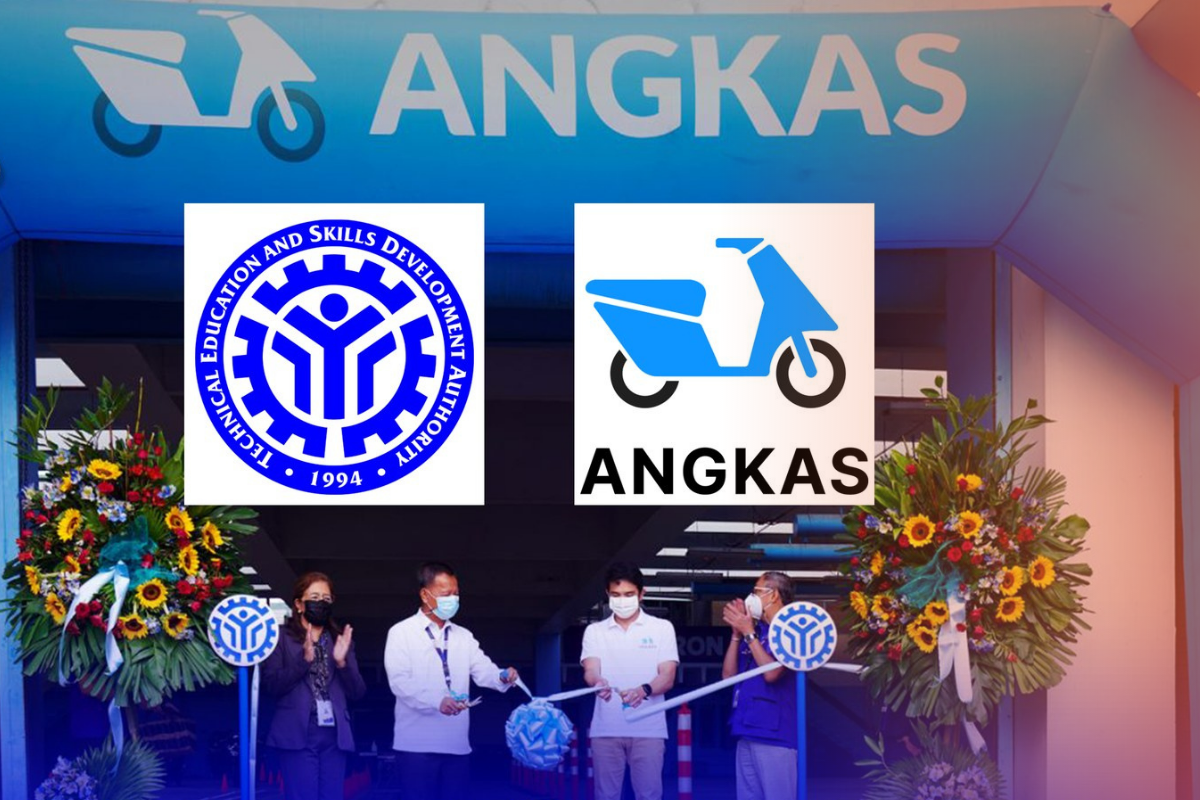 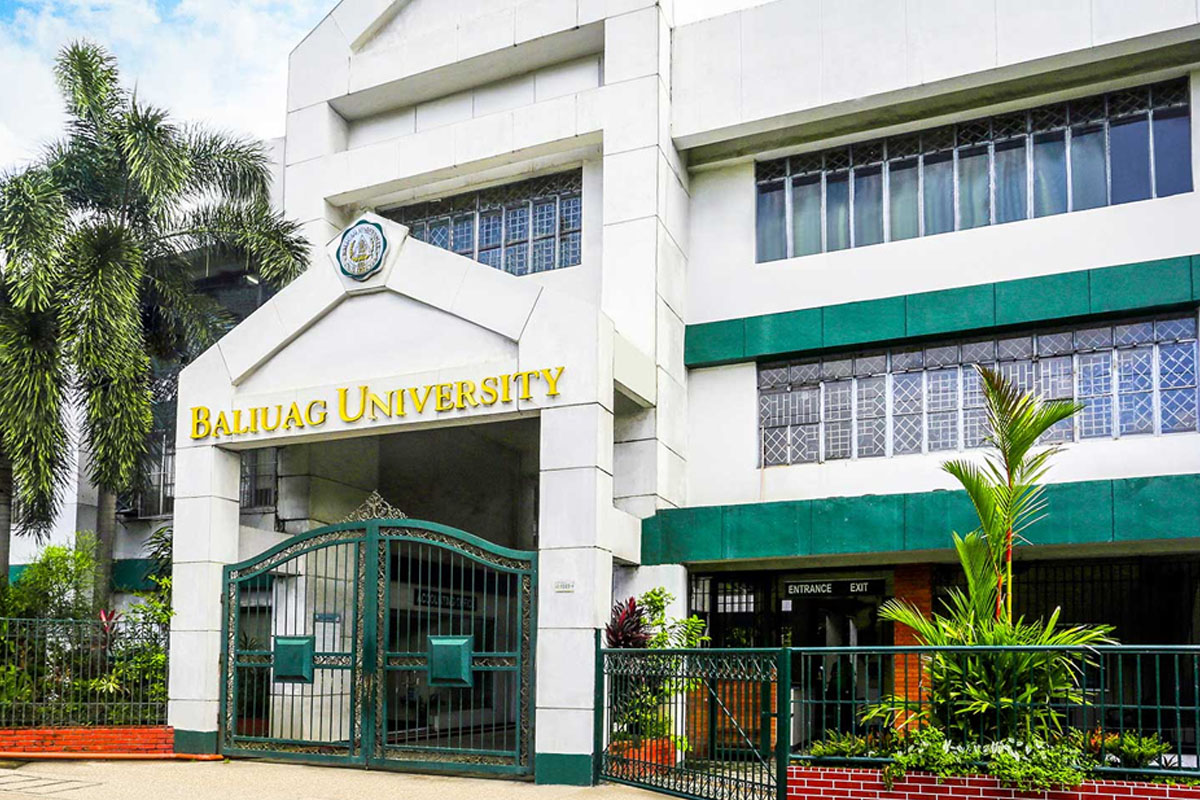