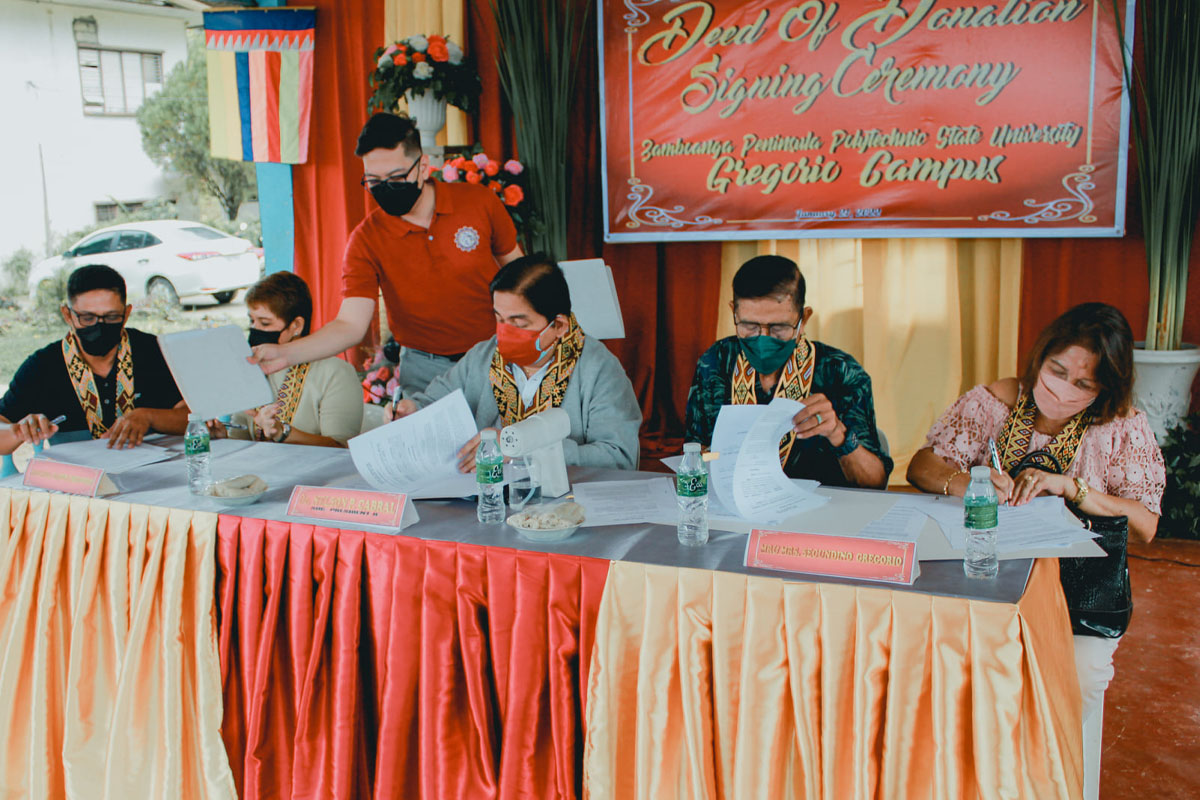 THE ZAMBOANGA Peninsula Polytechnic State University has received a 1-hectare land donation from the Gregorio family.

The land situated in Barangay Vitali, Zamboanga City was turned over to the university last week.

ZPPSU President Dr. Nelson P. Cabral and the donors, Segundino R. Gregorio and his wife signed the deed of donation.

“The donated lot will be used for the cause of education of the students living in [the area] in the light of the desire of the Gregorio family,” ZPPSU’s Public Information Office said.

The area where the land is situated is dubbed as the university’s Vitali External Program Delivering Unit.

It will be renamed ZPPSU – Gregorio Campus.

Overtime GILAS HEAD COACH BALDWIN PRAISES CARL TAMAYO, NOTES “A PROBLEM FOR ALL OF HIS OPPONENTS”
NICOLE RILE / 2 May 2021

Overtime PFA TO HOLD NATIONAL FENCING CHAMPIONSHIPS WITH WINNERS TO COMPETE FOR THE 2021 SEA GAMES
KENT LLOYD B. YPIL / 6 May 2021