With ABS-CBN shutting down most of its operations due to the denial of its franchise application, the Polytechnic University of the Philippines – College of Communication (PUP-COC) community strongly expressed their disapproval on the government’s handling of the fate of the media giant.

PUP-COC, known for upholding press freedom and responsible journalism and home to many media and communication practitioners, has been vocal on the issue even before its May 5 shutdown, calling it an attack on press freedom, and a threat to the welfare of the station’s employees:

The PUP-COC Student Council expressed the same sentiments while tackling the bigger picture that is the ongoing COVID-19 pandemic; criticizing lawmakers for not prioritizing the welfare of the public amid the health crisis:

“In the midst of a pandemic, where healthcare measures and initiatives such as mass testing should have been prioritized, the lawmakers blatantly attack the freedom of the press through rejecting ABS-CBN’s franchise application,” the council said.

The Communicator, the college’s official student publication focused on how the lawmakers, being blind followers of the dominant party in power, used the issue for their self-interests:

“This also proves that the majority of our lawmakers in the present time are nothing more but generic rubber stamps of the palace, who obediently obey directives from those in positions of power; silently leeching support from the dominant party and filled with self-vested interests,” the publication noted.

PUP-COC’s alumni also released a statement, pointing out that while the media has its setbacks, it is still dangerous to curtail the press and deny people of its right to access news and information:

“While the media has its shortcomings and excesses, democracy cannot function without a free press. Depriving people of access to credible news and information source is denying them an opportunity to make informed decisions,” according to them.

Meanwhile, other academic and interest-based student organizations in PUP-COC showed their support for ABS-CBN by posting individual statements and re-making their logos; commonly using shades of red, green, and blue reflecting the station’s iconic rings on its logo.

Challenging times ahead for PUP-COC alums working at ABS-CBN

The Congress’ controversial decision not to renew ABS-CBN’s franchise is also taking its toll on the station’s various departments as it is forced to cease operations by the end of August. This has led to the layoff of its employees, making them unemployed during trying times.

Sadly, this measure by the station affects employees of all ages and walks of life. Some of them have been working for the station for many years already, while others are fresh graduates who are recent additions to the station’s growing family; some of them from PUP-COC.

The POST spoke to three alumni of PUP-COC who are current employees of ABS-CBN. They shared their sentiments while awaiting the fate of their employment.

Tina Nolasco, a Program Associate for the station’s Metro Manila radio arm, DZMM, was supposed to be regularized by August after being under a six-month probationary status. However, she was recently notified that she will be laid off.

(“My co-workers tease me that as a new employee, about to start my career, COVID-19 happened. Then, by March 15, the lockdown was imposed that is why I am currently working from home for more than four months now. Then, when I was informed that I am up for regularization, on the same day, the House of Representatives voted to deny ABS-CBN its franchise.”)

Being a fresh graduate who landed a job on one of the country’s media giants, she expressed uncertainty not just on her own job security, but also on her workmates and seniors:

(“It’s hard because of the uncertainty. It seems like there’s no assurance, but I thought, if it’s hard for me, it will be much harder for my workmates, especially those who have families. It’s sad, painful, and heavy, but it’s much heavier because of my co-workers, employees, utility staff, the guards there, I know they are also affected and they have their families. That’s why it feels heavy.”)

Like Nolasco, Liah Moises, a Program Researcher for a Current Affairs program, was not yet a regular employee when she started experiencing the effects of the station’s shutdown. Despite her program being axed along with other shows, she takes pride on how the station still takes care of its employees:

(“Since May, we haven’t done any output due to COVID-19, but we’re still being paid by ABS-CBN. Where can you find a company who cares for their workers like that?”)

However, she acknowledged the pain and struggle of her co-workers as the station struggles to handle external pressure:

(“Even if we were prepared for what may happen, it’s still painful for us. We feel helpless. We don’t want to leave our jobs and our company didn’t want it too, but we don’t have a choice.”)

Also, Moises pointed out that with the whole issue between the government and ABS-CBN, it seems that the station’s workers became “collateral damage” resulting from the personal biases against the Lopezes – the station’s owners:

“We are worth more than just being collateral damage,” Moises said.

(“We feel the pain now. We are still hoping that the government will change its decision through the People’s Initiative. We wouldn’t accept coping. Time may pass but we will not forget this.”)

Also, while having their jobs ensured for the meantime, Nikko, not his real name, who has been with the station for three years, views the issue as politically-motivated, but says that the company and its workers do not deserve the consequences:

“Masakit (It’s painful) actually. ABS-CBN is a good employer. I think there’s a consensus that ABS-CBN is the best employer among all media outfits, and it does not deserve all the hate. And the shutdown? All of these are political,” Nikko said.

“People who have devoted almost half of their lives are losing their jobs because of the shutdown. It’s unthinkable. The government has been lacking compassion for the working class since the pandemic. Duterte ended my colleagues’ dreams and livelihood in the middle of a health crisis,” he added.

However, he appreciated the wave of support from the workers and the public amid the pandemic:

“I am proud of all of them — those who denounced this harassment (and) those who rallied for press freedom. It’s tough to take this to the streets because of the risk of contracting the virus but we saw that there is a need to unite and voice our outrage toward the government. I am hoping that in the coming days more people, especially big names in the industry, will speak out and fight with us,” Nikko commented.

Despite concerns and fears, many of the station’s workers took to social media and voiced out their hope and optimism that someday, ABS-CBN will still thrive and that the obstacles will eventually pass. On a media practitioner’s lens, Moises summed this up:

(“I keep on reminding myself why I chose this job. I did take the risk and will do it again and again because being a journalist is not like any other job. I’m also thinking about the future of the media and the journalists. I don’t want us to go back in time when we are forced to keep silent. So I need to be strong, we need to.”) 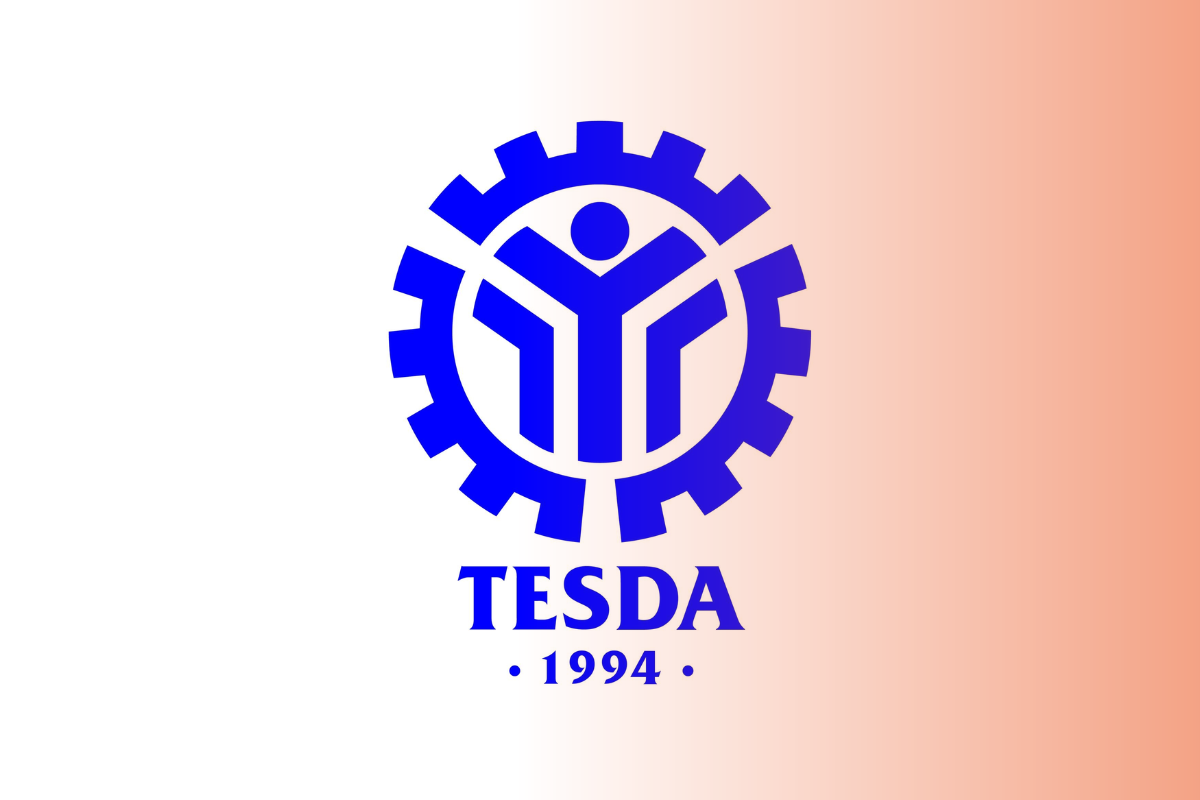 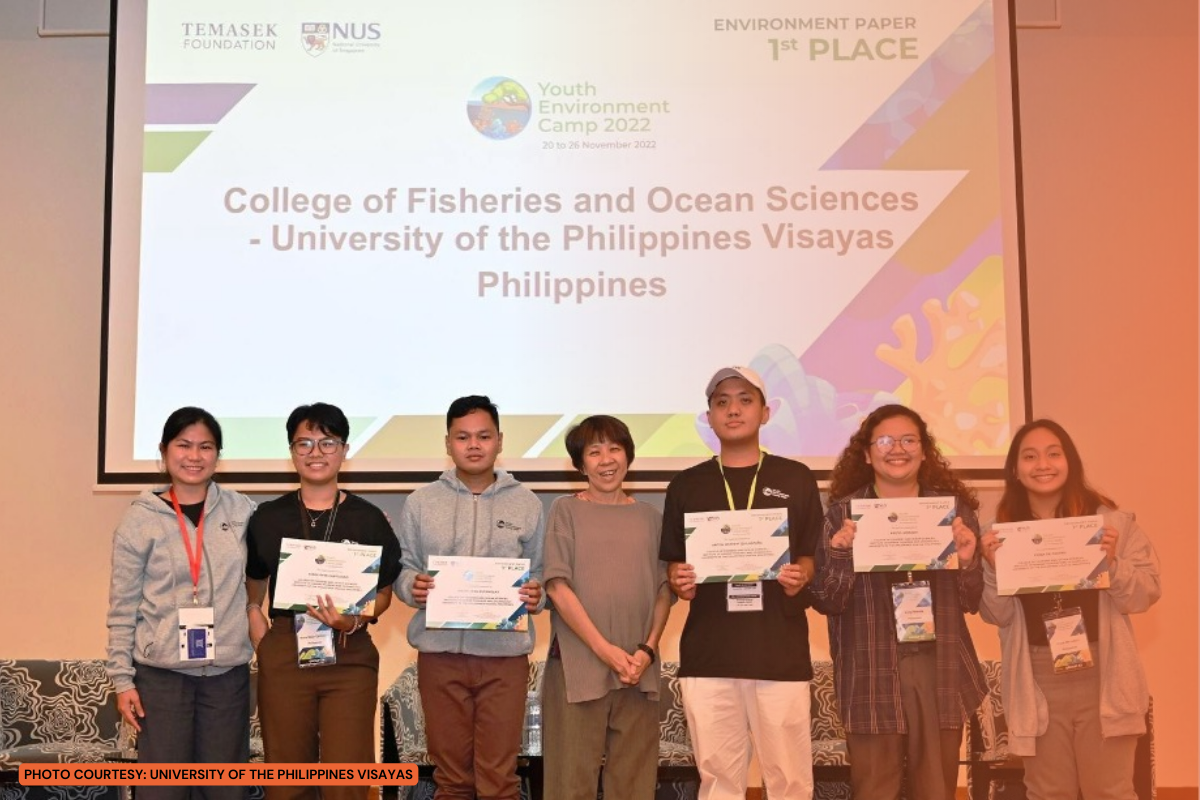 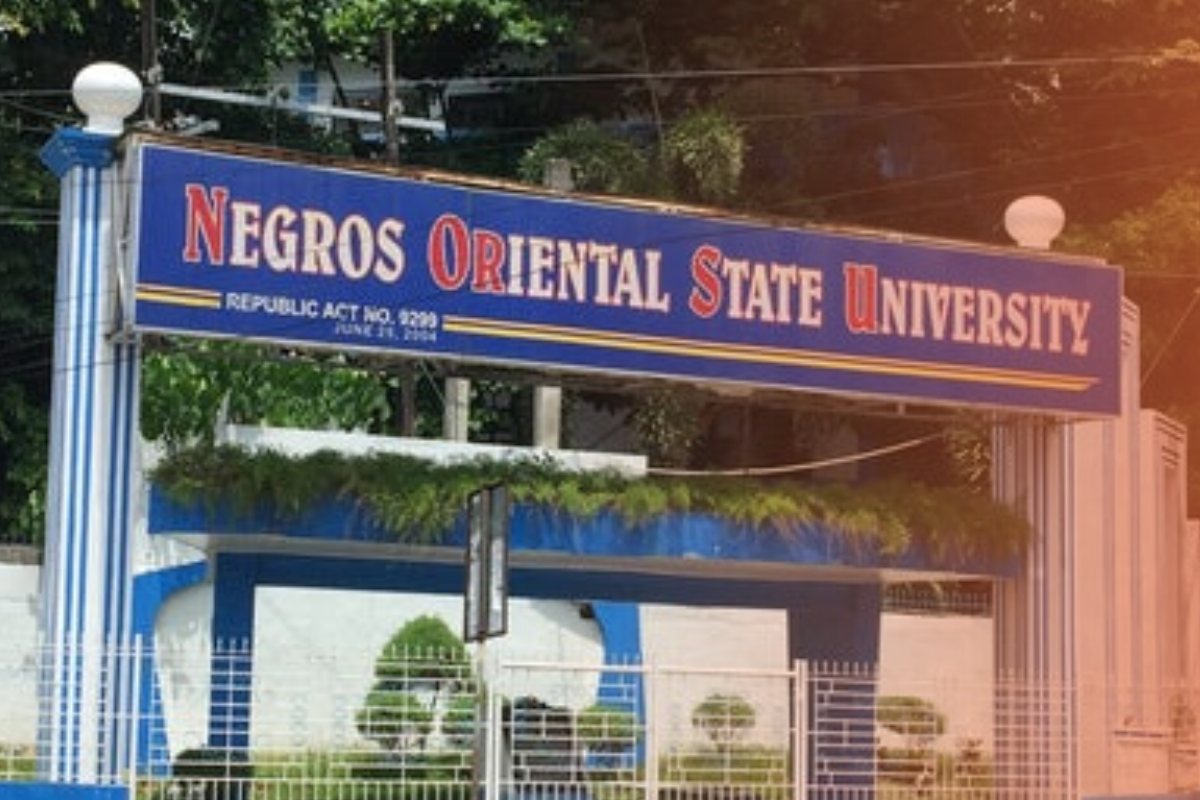 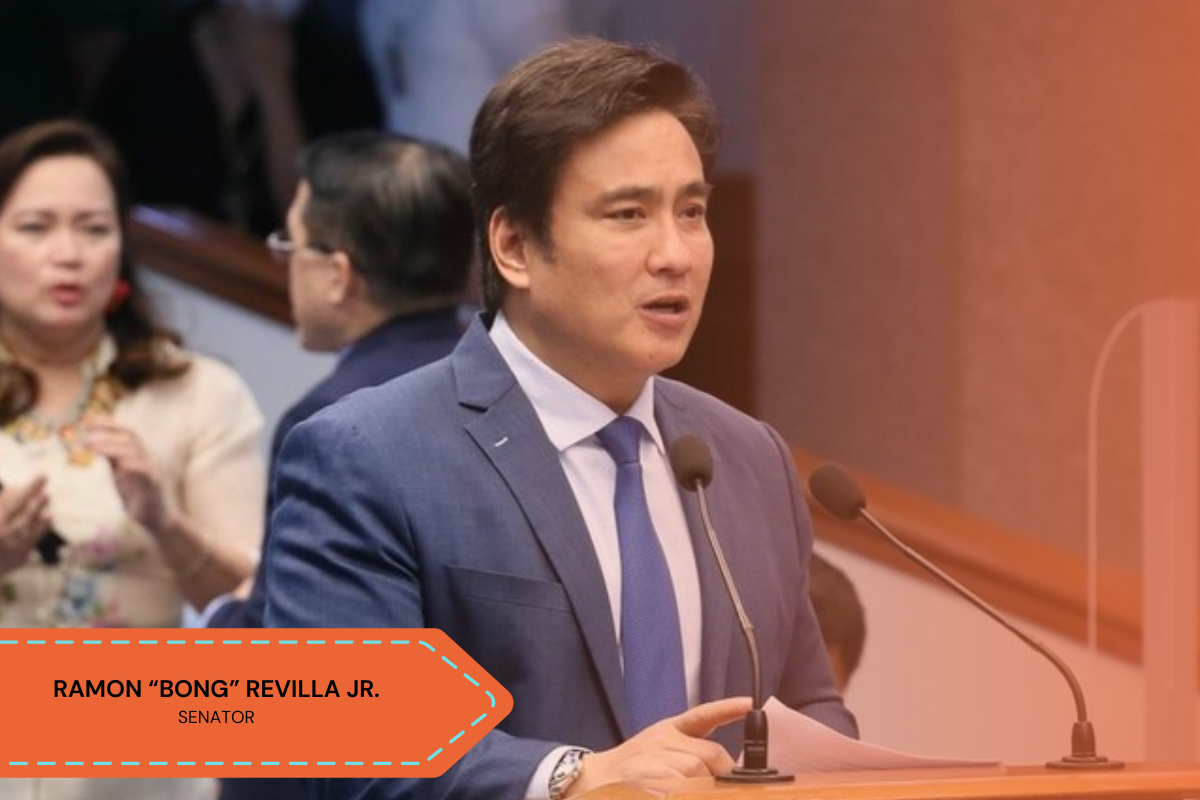 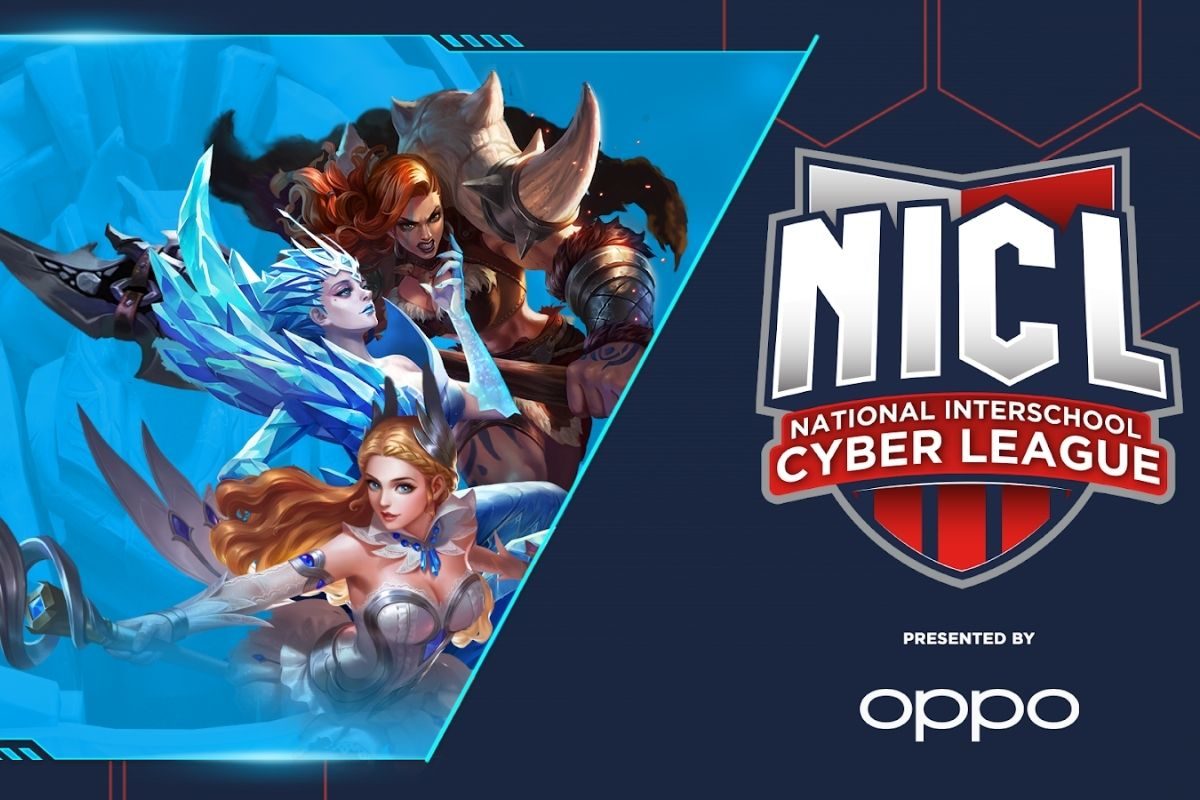