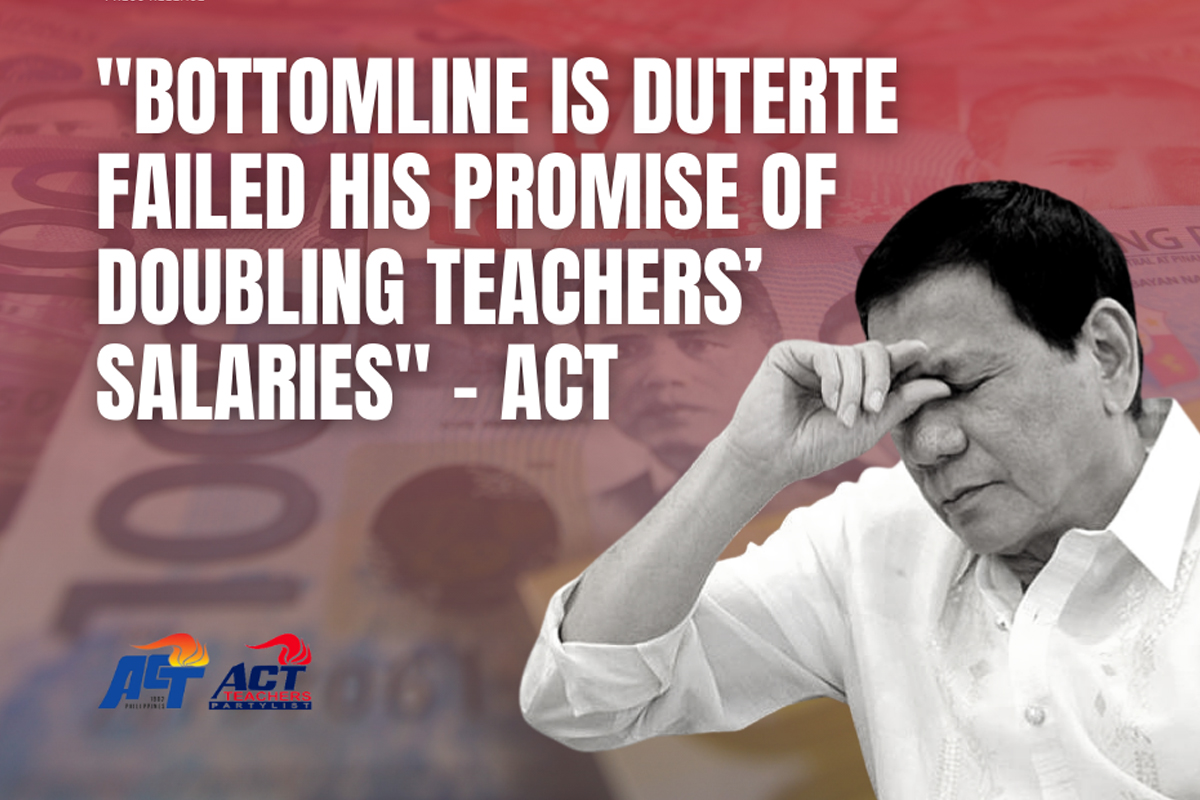 The group made the comment after the government’s recent statement that teachers’ salaries increased under the Duterte administration.

ACT said that Duterte’s “betrayal” left teachers as one of the lowest paid professionals in the country, receiving only P23,877 monthly, while uniformed personnel receive a minimum of P30,000 and nurses P35,000.

Basilio explained that paltry pay hike for teachers under the Duterte regime was hardly felt because of bigger teacher expenses and deductions.

With the increasing tax deductions, mandatory contributions, inflation of basic goods, and costly expenses of distance learning, teachers could barely afford the minimum cost of living, which is at P25,091 this July based on the computations of Ibon Foundation.

Arts & Culture LOOK: THESE CREATIVES #SHARETHELOVE THROUGH CANVA DESIGNS FOR THEIR LOVED ONES
THE FEED / 15 February 2021

Travel LOOK: ORTIGAS LAND LIGHTS UP ORTIGAS EAST FOR THE MODERN DAY HEROES OF THE COUNTRY
THE FEED / 25 November 2020