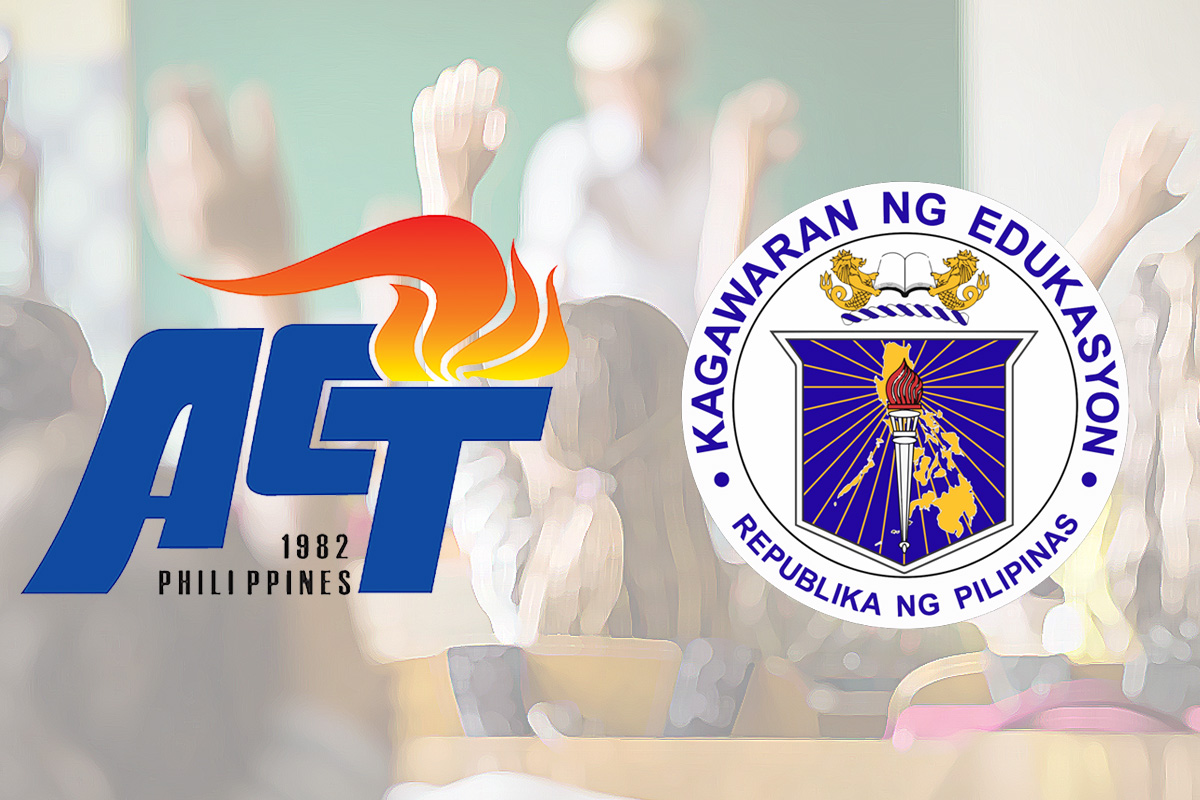 THE ALLIANCE of Concerned Teachers called on the Department of Education to heed teachers’ demands and use the additional six weeks before school opens to ensure the safety of education workers and learners.

The group also pushed DepEd to follow through with the Vice President Leni Robredo’s demand that all children be guaranteed access to quality education.

“Experts have pegged that Covid19 cases in the country may spike up to 300,000 by October. Hence, DepEd should have long started instituting health and safety measures for the benefit of its one million workforce to serve as its 1) contribution to the country’s fight vs the pandemic and 2) effort to ensure that the state’s mandate to provide education to at least 27 million learners will be fulfilled,” said Raymond Basilio, the group’s secretary general.

During last week’s Senate committee hearing, DepEd reported that a total of 598 personnel had contracted the virus. No official data has been released on the status of the said cases, but ACT has so far documented 11 personnel who already succumbed to the disease.

“Before we lose any more of education’s frontliners, we urge the government to immediately conduct free health screening and mass testing among teachers and staff; provide sufficient personal protective equipment like masks, face shields, gloves, etc; guarantee free treatment for those infected; and establish safe workplaces with functional clinics and sanitation facilities and equipment as well as dedicated personnel,” Basilio said.

These health requisites, ACT said, involve more than just DepEd but the entire Duterte administration who not only leads the clearly failing fight against Covid19, but also controls the majority of the country’s resources.

“We hereby call on President Duterte to provide needed resources for the safe re-opening of schools, which entails an aggressive medical approach to combat the pandemic and the funding of safety measures to prevent further outbreak among front liners in essential government services,” Basilio pressed.

Robredo urged DepEd to ensure that by October 5, students in the farthest, most remote areas are equally ready to start the school year, just as learners in cities supposedly are.

“Urgent needs include laptop for every teacher, gadgets for students, one is to one module to student ratio, internet allowance, and enhancement of internet connectivity in the entire country. Another pressing need that seem to have been overlooked is the need for parateachers and mechanisms that will address the difficulty expressed by many parents with regards to teaching their children. Some of the parents’ concerns come from their own limited educational attainment and/or having to work during school hours,” Basilio added.

ACT reiterated that material commitment from the national government is ‘indispensable’.

The grouo also said that Covid19 education needs to be integrated in general education or major subjects as these are the immediate needs of learners and can help them make sense of their own lived experiences, instead of further alienating them while the country grapples with drastic changes due to the pandemic.

“The uncontained pandemic has forced us to shift to remote learning at the height of extreme poverty incidences and historical joblessness. It only follows that the government shoulder the costs of distance learning modalities, while ensuring that relevant education is given to millions of learners. Not only will this serve the interests of the youth but it will also assure the advancement of Philippine society, as is a key role of education to national development,” Basilio said.