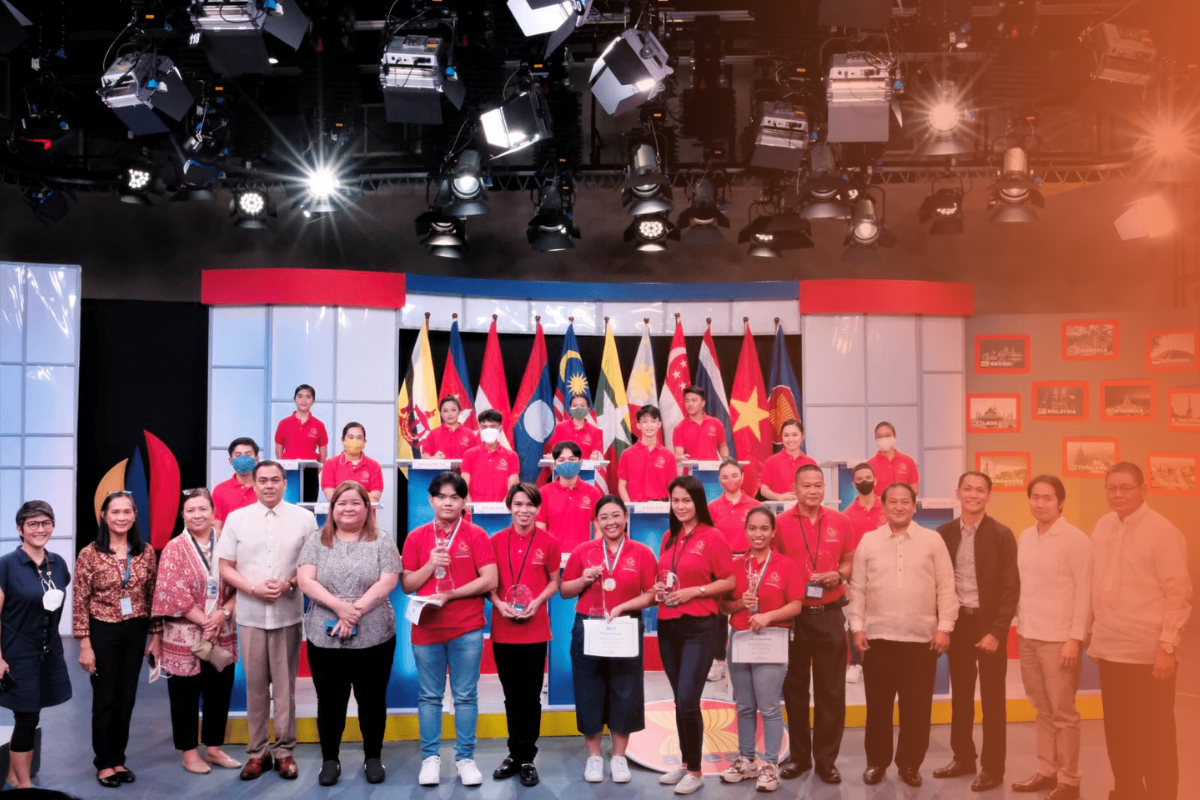 Brian James Cerdeña of the Pinagbuhatan High School in Pasig City came in second, while Key Calpito of Cabarroguis National School of Arts and Trades in Quirino province placed third.

The winners also got a scholarship package from the STI College.

Foreign Affairs Assistant Secretary for ASEAN Affairs Daniel Espiritu said that it was the Philippines that first conceptualized and proposed the ASEAN Quiz as a regional initiative.

Espiritu said that the country is proud of how Filipinos performed in the previous nine iterations, with Philippine teams consistently placing at or near the top of the rankings each time.

The contest saw sixteen champions from each of the country’s regions competing in a series of tests on their general knowledge of ASEAN.

The top three winners will go on to represent the Philippines at the Regional Level of the 10th ASEAN Quiz to be held in Myanmar later this year.

The Quiz is held every two years, rotating among the different member-states of ASEAN, to raise ASEAN awareness among the region’s youth in a friendly competition setting.