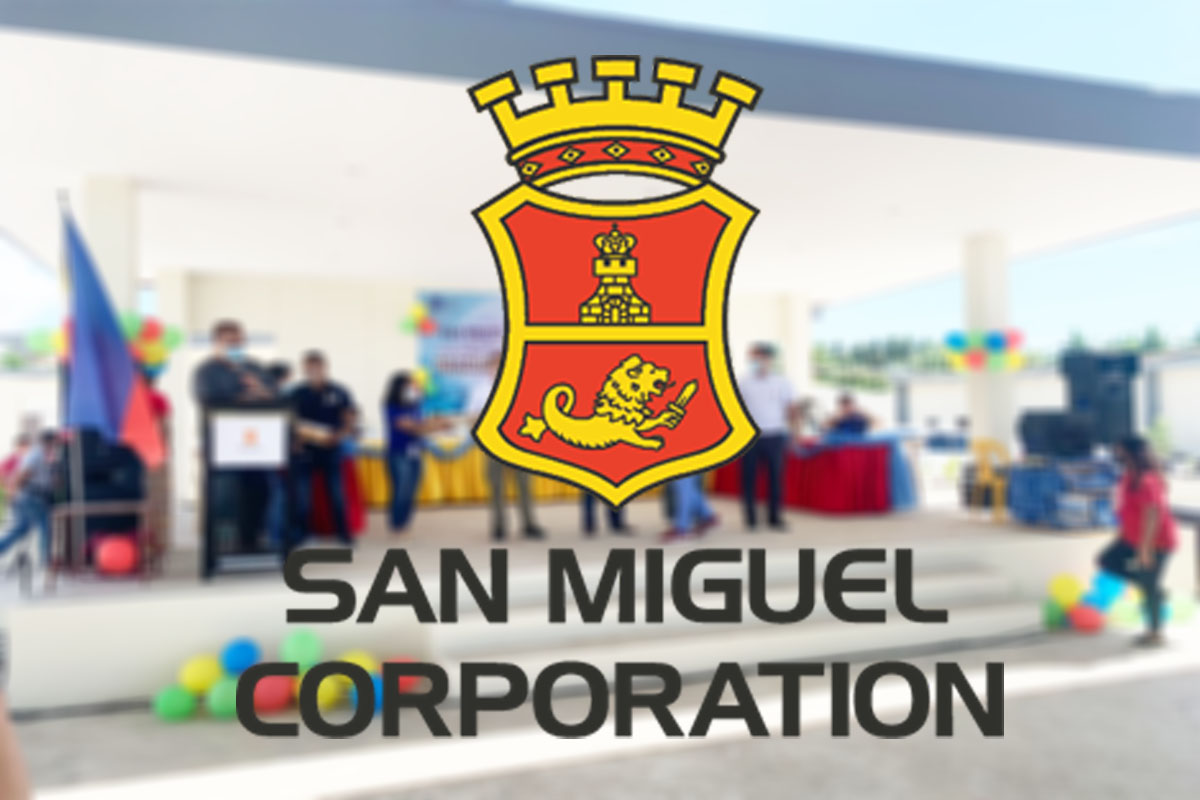 San Miguel Corporation (SMC) opened a first-of-its kind multi-purpose Fishermen’s Dock in Sariaya, Quezon, aimed at increasing the resilience of fishing communities by providing them, among others, facilities to secure more than 100 boats, particularly during typhoon season.

“We are very happy to join hands with the local government of Sariaya under Mayor Marcelo Gayeta and Diocese of Lucena Bishop Mel Rey Uy in making this project happen. This project only shows that when the private sector, government, and the church work together for a cause that will benefit many of our fellowmen, we are closer to development that is all-inclusive and directly needed by the country, especially at this time pandemic,” SMC president and chief operating officer Ramon S. Ang said.

SMC is set to build a modern, state-of-the-art integrated agro-industrial complex that will include a brewery, grains terminal and feedmill, a ready-to-eat food manufacturing plant, a fuel tank farm, and port facilities in Sariaya.

Ang said that the establishment of the Fisherman’s Dock is timely as Super Typhoon Rolly recently battered many parts of Luzon, with the Bicol region and Quezon province being among the hardest-hit. The typhoon likewise affected many coastal villages and fishermen who rely on the sea for their livelihood.

“Many residents in the coastal areas realize the need for them to be more resilient in the face of natural calamities and the Covid-19 pandemic. While many will remain as fishermen and farmers, helping them uplift their lives would require providing them with added skills,” Ang said.

Residents of the village–relocatees from coastal areas classified as danger zones–can also avail of TESDA courses that include Welding, Electrical Installation and Maintenance, Baking and Pastry, and Housekeeping, at the Quezon National Agricultural School (QNAS).

Overall, the Sariaya Fisherman’s Dock in Barangay Castanas can accommodate more than 100 boats, while the Fisherman’s Hall can serve as storage for up to 70 boat engines as well as other fishing implements and supplies. The area has easy access to the Sariaya Bay through Canda River.

Bishop Uy agreed that project is a step in the right direction in lifting people out of poverty. “The fisherman’s dock of SMC on the lot of the Diocese of Lucena is our testimony of creating opportunities for people to be liberated from the bondage of poverty and uncertainty. The diocese is partnering with a private organization with good will to create a liberating atmosphere for the people to be more receptive to the word of God. Thus, integral evangelization will happen,” Bishop Uy said.

The facility also currently serves as training venue for 60 students under the Fiber Glass Fishing Boat Fabrication joint project between the Department of Social Welfare and Development (DSWD) and the Sariaya local government.

SMC provided Sariaya enrollees in organic agriculture with a 1,000 square-meter plot out of the 5.4-hectare area of San Miguel-Christian Gayeta Village at Barangay Castanas, where they can regularly harvest vegetables for personal consumption and selling for additional income.

A total of 125 qualified families have already availed of free house and lot packages in the San Miguel-Christian Gayeta Village housing project that has a total of 450 units, out of which 378 units have already been built.

San Miguel Corporation, in cooperation with local government of Sariaya and the Diocese of Lucena, yesterday inaugurated the Sariaya Fishermen’s Dock, a first-of-its-kind multi-purpose facility that includes a Fisherman’s Hall, in Sariaya, Quezon. It will help increase the resiliency of fishermen, particularly those residing at the San Miguel-Christian Gayeta Homes in Barangay Castanas. The inauguration coincided with the graduation of the first batch of 50 students to take livelihood and skills training programs funded by SMC in cooperation with the Technical Education Skills and Development Authority (TESDA). Among courses offered are Organic/Urban Farming/Edible Landscaping and Fish/Meat Processing.