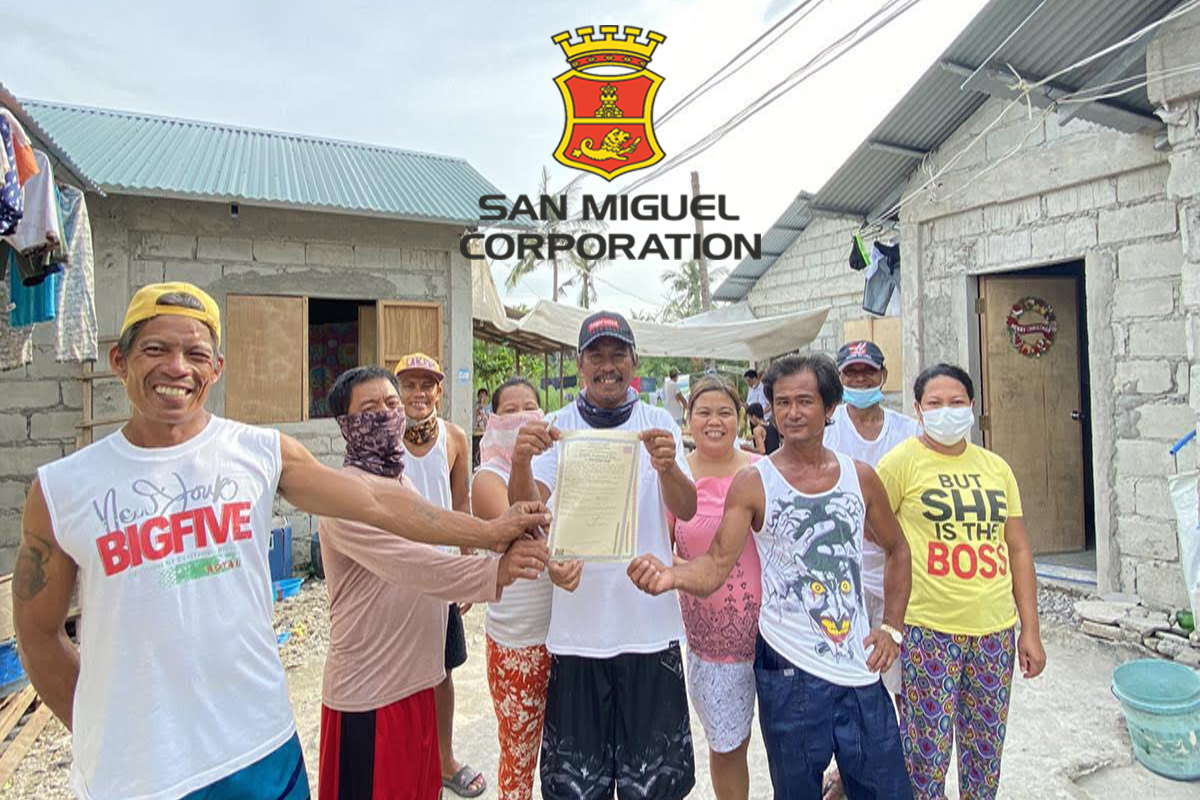 Teody Bacon and other former residents of Sitio Kinse hold the land ownership title to their new homes in Barangay Bambang in Bulakan.

San Miguel Corporation (SMC) has formally turned over land ownership titles to former residents of Sitio Kinse in Barangay Taliptip who are now starting a new life in their new concrete homes at a safer location in Barangay Bambang, Bulakan, in time for Christmas.

The new homeowners, part of the last batch of former residents to move out of the future site of SMC’s P740-billion world-class airport project, were able to buy land and build new homes with the financial assistance provided to them by SMC.

The company also helped them find the property they chose, construct their houses, and secured for them electricity and water utilities connection. SMC also took care of processing the transfer of ownership and titling of properties to their names.

In Barangay Taliptip, the former Sitio Kinse residents did not own the land where their houses on stilts stood. They also did not have access to water and electricity.

Immediately after the completion of construction, they decided to move into their new houses last October 31 before heavy rains and wind brought by Typhoon Ulysses reached many parts of Luzon, including Bulacan.

Bacon said that although many of his neighbors will still rely on fishing, they are looking forward to the livelihood and skills training opportunities to be provided for them by SMC under the Technical Education Skills and Development Authority (TESDA).

Twelve graduates of the Heavy Equipment Operator course are set to be employed in the ongoing dredging project in Tullahan River and also the planned river channel improvement projects in Bulacan.

SMC also provided cash assistance to 87 others who were disqualified, for a total of 364 beneficiaries.

Upon the request of Malolos Bishop Dennis Villarojo, SMC also distributed the total appraised cash value of abandoned chapels in Sitio Pariyahan, Sitio Dapdap, Sitio Bunutan, and Sitio Capol to the 242 residents of these sitios.