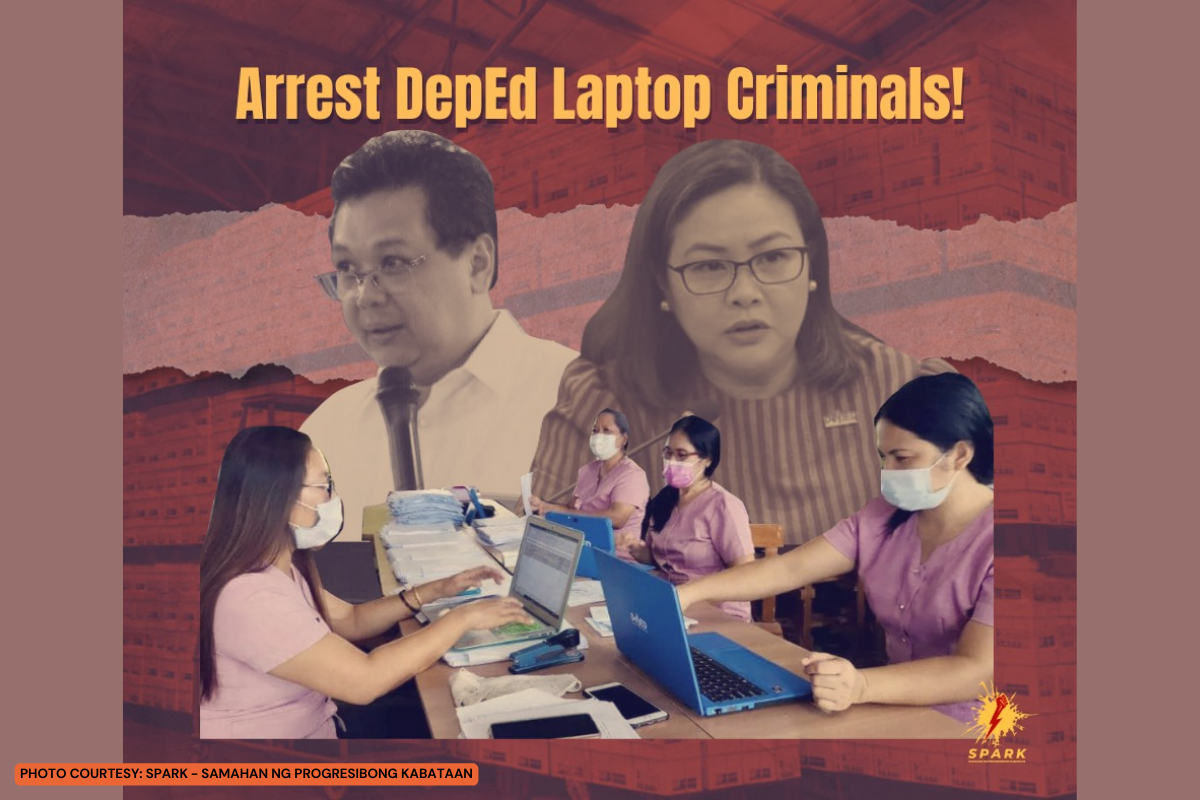 THE SAMAHAN ng Progresibong Kabataan backed the call of the Senate Blue Ribbon Committee to file graft and perjury charges against multiple personalities, including high-ranking officials of the Department of Education, who are involved in the procurement of overpriced laptops.

“We assert that the people involved, including former DepEd Undersecretaries Alain Pascua and Annalyn Sevilla, are guilty of depriving nearly 29,000 teachers of vital support for the conduct of online classes,” the group said.

“Not only that, but the nearly 40,000 laptops they did end up buying at a ridiculous marked-up price were shown to perform far slower than another, similarly-priced laptop,” it added.

Last August, the Senate began its investigation on the so-called outdated and expensive laptops procured by the DepEd.

SPARK called the case as ‘severe crime against the teachers who were directly affected, and their students.”

The youth group also demanded the officials involved be stripped of all effective power and held to account for their crimes.

However, SPARK stressed that a mere recommendation for graft and perjury charges ‘should not be the end of the process.’

“We demand that the appropriate charges are actually filed immediately, as opposed to countless other cases in recent history where those who have wronged the Filipino people were simply allowed to go on with their lives. A prompt trial for these criminals must be the next step,” it added.