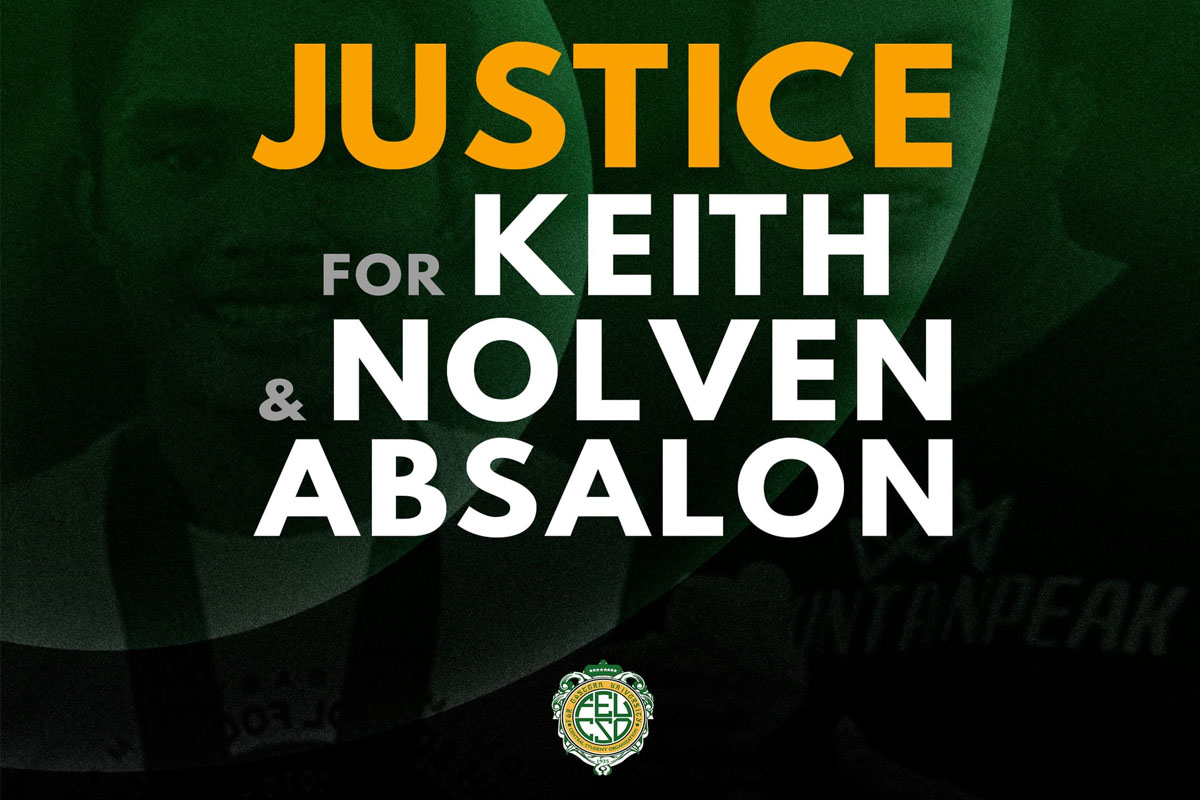 The group condemned the killing by the New People’s Army of one of the university’s brightest athletes.

“We are one with the Absalon family in calling for justice and accountability against the perpetrators,” it said in a statement.

The Communist Party of the Philippines owned responsibility for the killing of Keith and his cousin Nolven Absalon.

The student group also demanded a “rigorous criminal investigation on the incident.”

It urged the government to address the roots of the armed conflict.

The student council called on the FEU community to continue to call out acts of violence and deliberate human rights violations.

“Let us be more vigilant as brave Tamaraws and Filipino citizens,” it said.

The Gist ART FOR MONEY IS NOT ART? A TWEET SPARKS DISCUSSION ON THE REAL VALUE AND ESSENCE OF CREATION
CHOLO KATIPUNAN / 21 September 2020